The Pharaoh Hound is one of the oldest known domesticated breeds of coursing sighthounds in the world. With keen instinct, elegance and athleticism, these hounds were bred to hunt.

It is believed that the Phoenicians brought Pharaoh Hounds to the Mediterranean islands of Malta and Gozo over 2,500 years ago, subsequently trading them throughout the ancient world in Egypt, and as far north as Great Britain. Hieroglyphs and statues dating back to 4400 BC resemble Pharaoh Hounds at the chapel of Mereuwka and Senbi.

Amazingly, the breed has remained unchanged in its nature to course and hunt but also be an affectionate, treasured companion.  We have the nation of Malta to thank for the preservation and guarding of this breed, who named the Pharaoh Hound their national dog.

Known as “Kalb Tal-Fenek” in Malta, which means rabbit dog, this intact, primitive breed has a “face (that) glows like a God and he delights to do his work”—a description from Egyptian hieroglyphs that still describes the uniqueness of temperament and fun spirited disposition of the Pharaoh Hound today.

Pharaoh Hounds possess the ability to smile with their teeth and will even blush when excited or happy—the skin on their nose, cheeks and/or ears will turn a shade of crimson.

Pharaoh Hounds are highly intelligent, independent, and often cat-like in temperament and habits. Personalities vary in the breed, from shy to bold, but all possess a sense of humor and disposition for zany antics to entertain themselves and you. They crave companionship and affection from their owners, often becoming your shadow.

Pharaoh Hounds can be talkers, and will alert you to someone at the door as a watch dog (however, they are social and will want to interact with whomever enters your home). They can “talk back” to you and will whine or make noises to alert you to their needs and desires, and will bark when playing, running, and interacting excitedly with other dogs.

Pharaoh Hounds are not an outside dog, but do require a minimum of an hour a day of exercise to keep them content and obedient around the home. Once exercised physically and mentally, they calm down nicely and will gladly become a cuddly couch potato.

Sensitive in nature, Pharaoh Hounds do not respond to punitive methods of training or communication.  Reward-based treats and praise will win you their loyalty and respect.

Coat ranges in colors of tan/rich, tan/chestnut with white markings, allowed as follows: White tip on tail strongly desired as this is rare, white on chest (called “the Star”). White on toes and slim white snip on center line of the face is permissible. Flecking or other white is undesirable, except for any solid white spot on the back of the neck, shoulder, or any particular part of the back or sides of the dog, which is a disqualification. (From AKC breed standard.)

Pharaoh Hounds typically adore children, especially when raised with them since puppyhood. Pharaohs will see children as part of their pack, and love to play and cuddle with them. They will be protective of babies when on walks with the family, and may growl at strangers if they perceive a threat to the baby.

When properly socialized, Pharaoh Hounds do well with other dogs and cats.  They love to play and interact with other dogs of all sizes. In a rescue situation, careful introduction is required between a Pharaoh Hound and other household pets to help everyone get acquainted. Due to their strong prey drive, Pharaoh Hounds are not good companions with a rodent, lizard, bird or rabbit.

Pharaoh Hounds are a relatively low maintenance dog as they require little grooming.  Daily petting and a light brush of their coat is all that is needed since they shed very little.  A bath with cleaning of their ears once in a while is all that’s required. Pharaoh Hounds are generally in the habit of being clean. They regularly groom themselves like a cat does.  Their coat does not have any detectable odor or smell. Nail trims should be done at least once a month.  To maintain healthy gums and teeth, give dental bones, bully sticks and dental treats daily. After one year of age, consult and use recommendations from vet for lifelong dental health.

Generally, the Pharaoh Hound is a very healthy breed without any significant disorders. They can have seasonal allergies similar to human environmental allergies, and are sensitive to chemicals. Vaccinations should be given under care and advisement of a veterinarian that is knowledgeable and familiar with the breed. 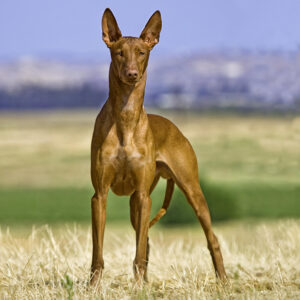 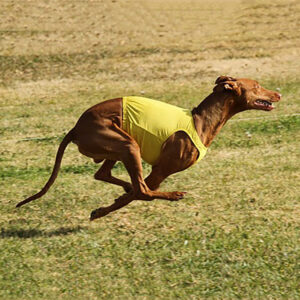 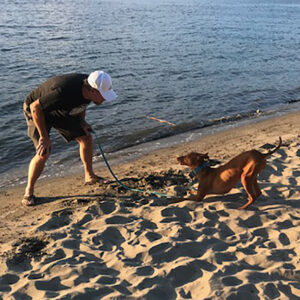 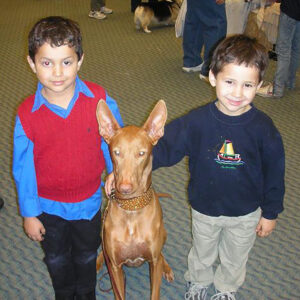